Is the future foldable? Our thoughts unfolded!

Think back at the year 1994… The movie ‘Pulp Fiction’ was released and Uma Thurman became a world superstar, Nelson Mandela became South Africa’s first black president and the internet got real with the start of both Yahoo and Amazon. Nice to know, but that’s not why you’re reading this blog post, is it? 1994 is also the official birth year of the smartphone as we know it…

The rise and fall of the first smartphone

The Simon Personal Communicator, created by IBM, saw the light in 1994: a monochrome LCD Touch Screen measuring 4.5 by 1.4 inches and a battery life of… one hour. This device allowed you to make and receive phone calls, send and receive faxes and emails and check your contacts and calendars. With only 50k units sold ($1.100, anyone…?), Simon lived fast and died young.

Tech geeks had to wait until 2007 to get their hands on a new smartphone. Apple reinvented the phone and launched the iPhone 1. We all know what happened next: smartphones got bigger, faster and better. The latest trends in the smartphone business? 5G-smartphones, in-screen fingerprint scanners and… foldable phones. 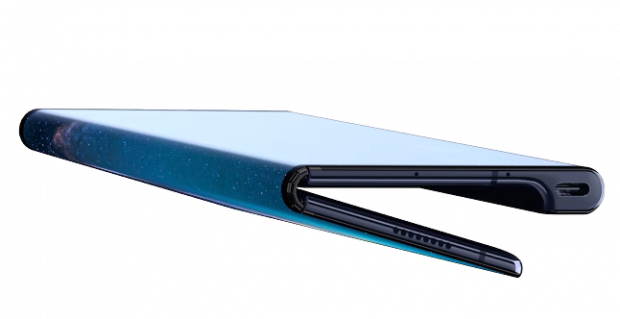 ZTE launched a foldable phone late 2017 but in the past few months, we’ve seen an avalanche of foldables being announced: Samsung announced the Galaxy Fold, Huawei showed off its Mate X-model. Other manufacturers like Motorola, LG, Xiami Oppo and Vivo also entered the foldable phone market.

Apple’s patents and Google’s announcement about optimizing Android for foldable phones suggest that the market is ready for foldable phones, and the major phone brands aren’t taking a backseat. Every manufacturer is promoting foldable phones as the next evolution in computing devices, but are they really? And more importantly: are they a solution to an actual problem?

Being early adopters, some of you will probably be considered as test animals for the manufacturers. All of us want bigger screens but at the same time, we don’t want to log around a huge device. Are you willing to throw out your tablet as a secondary platform and use your, battery draining, foldable as the primary product? Expectations are that we will be overwhelmed by new features over the coming years by manufacturers to see what actually sticks and we can only applaud that. Coming from an era where you had to press ‘7’ three times just to type the letter ‘R’, innovation has never disappointed.

But will the foldable replace your laptop? Yes, but no. The foldable will certainly not replace the 27” widescreen in your office, but you will be able to connect your cool foldable to your monitor to expand the smart-foldable-experience to an entire desktop. Samsung calls this ‘DeX’ and this is already available on non-foldable phones without any extra accessories, you just need a simple USB-C cable.

Will the foldable replace your tablet computer? Yes, but no. We can’t figure out what the ideal screen size is for a tablet, and neither can the manufacturers. So chances are slim the foldable will match your favorite tablet size, but who knows.

So, will a foldable phone be useful to you? Probably not in the same way you needed a smartphone in 2007. Smartphones can do much more now than in the early days. But a foldable won’t offer new ways of communication which are not offered on flat phones. You’ll probably want to buy one because it’s cool. By all means, go ahead! Let’s give it a shot and see what the future brings. We all got used to previous innovations, so why not welcome this one?