Unpack your future, new Samsung devices on the horizon​

Earlier this month, Samsung hosted its latest Galaxy Unpacked event, a virtual presentation showing of its most exciting new devices for the second half of the year. With the Galaxy Z Fold 4, Galaxy Z Flip 4, Galaxy Watch 5 (Pro) and Galaxy Buds 2 Pro officially launching today, it’s time for an overview of what the tech giant’s new devices have in store for your business.

Although Samsung limited its first Unpacked event this year to the Galaxy S22 series, this event was filled with gadgets for everyone. Whether you are looking for a new smartphone, smartwatch, or a pair of earbuds, the tech giant has something in store for every business user. An overview. 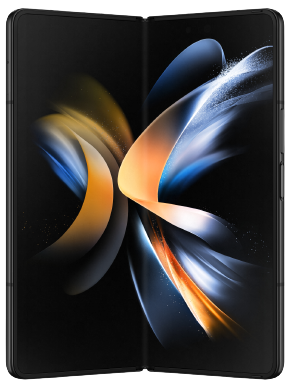 The Samsung Galaxy Z Fold 4 is the newest foldable phone from the Korean tech giant, replacing the Z Fold 3, released in 2021. With its newest features, the Fold remains a good fit for business, as it offers a lot of power and is great for multitasking.

This year’s edition is lighter and slimmer than before, which makes the device feel more like a smartphone and less like a tablet. Yet, the most interesting changes for this year’s Z fold are on the inside.

The Samsung Galaxy Z Fold 4 introduces a new Windows-like app taskbar at the bottom of the inner display, allowing you to drag up to three different apps. Besides, some apps let you open two instances side-by-side, allowing you to work simultaneously in two different documents. To conclude, Samsung claims that apps like Google Meet and Zoom have been specifically optimized for the Z Fold 4’s screen, that’s multitasking made easy.

The Samsung Galaxy Fold 4 comes in phantom black, grey-green and beige and is available as of today. 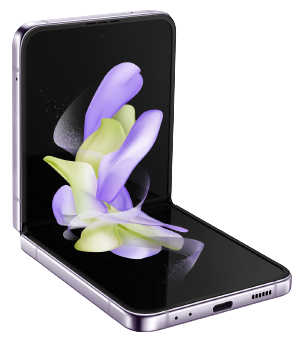 When the Samsung Galaxy Z Flip 4 was first launched, it was seen as a gimmick, but as several years have passed, the South Korean tech company has continued to develop its foldable smartphone. And with big success in the business world. Folding the device makes it easy to carry around, despite the 6.7-inch screen found on the inside.

Again, this year, the Samsung Galaxy Z Flip 4 has been thoroughly upgraded compared to its predecessor. For starters, Samsung slimmed down the hinges and bezels and incorporated Gorilla Glass Victus+, making the device 45 more durable than the previous generation. The small cover screen next to the rear cameras, then, returns with additional functionalities such as the ability to quickly reply to calls and texts and rapidly access your digital Samsung wallet.

When the phone is half-folded, what Samsung calls Flex mode, app-specific controls will appear on the bottom half of the screen. Apps like Google Meet have been fully optimized for the device.
When diving deeper into the software side of things, the Z Flip 4’s dual camera setup includes two 12PM lenses – one ultra-wide, one wide. The Qualcomm Snapdragon 8+ Gen 1 processor and 3.700mAh battery, empower you to work whenever you want.

Like its predecessor, the Galaxy Z Flip 4 comes in 256 GB and 512 GB and is available as of today in graphite, bora purple, pink, gold and blue. 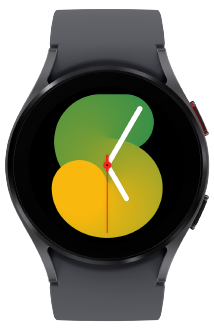 The design of the Galaxy Watch 5 is similar to the Watch 4, but with a sleeker and sportier finish. The Pro model resembles the Watch 4 classic as it is chunkier and more mechanical. However, the Watch 5 series does away with the rotating bezel that we liked so much on the Watch 4 series. Samsung introduces a digital bezel on the Watch 5 and Watch 5 Pro, and both devices have two function buttons on the right edge.

On the inside, we are getting the same processor, specs, and software as for the Watch 4 series. All models run on WearOS and come with 1.5 GB of RAM and 16 GB of storage. In terms of battery capacity, the Galaxy Watch 5 40mm model has a 284mAh battery on board, while the 44mm model has a 410mAh battery. The Galaxy Watch 5 Pro series have a significant larger battery, 590 mAh. A big increase compared to the Watch 4 Classic and the Regular Watch 5.

The Samsung Galaxy Watch 5 and Watch 5 Pro were announced on August 10 and are available as of today. Both devices are available in LTE and Bluetooth. 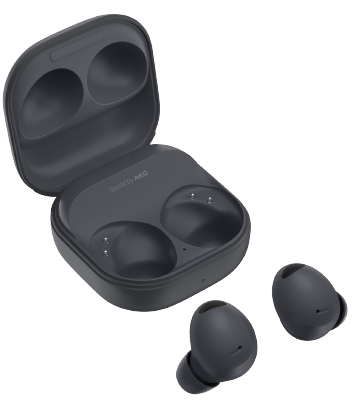 Last, but not least, Samsung unveiled a new pair of wireless earbuds: the Galaxy Buds2 Pro. The new buds are 15% smaller than the previous generation, yet, they provide improved sound quality and longer battery life and are more comfortable.

Besides, the new Buds 2 Pro have a neat intelligent active noise cancellation feature blocking more noise than ever – Ideal for those working in crowded, loud office spaces.

While the Buds 2 Pro are more expensive than its predecessor, they deliver Samsung’s best earbud experience to date. The Galaxy Buds 2 Pro are available as of today in bora purple, white and graphite.